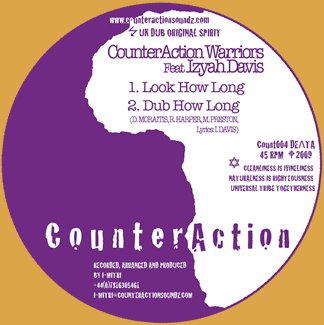 A SIDE
Counteraction Warriors feat Izyah Davis:
Look How Long + Dub How Long

AA SIDE
Jah Mystic:
Stand Up and Praise H.I.M. + Stand Up an Dub