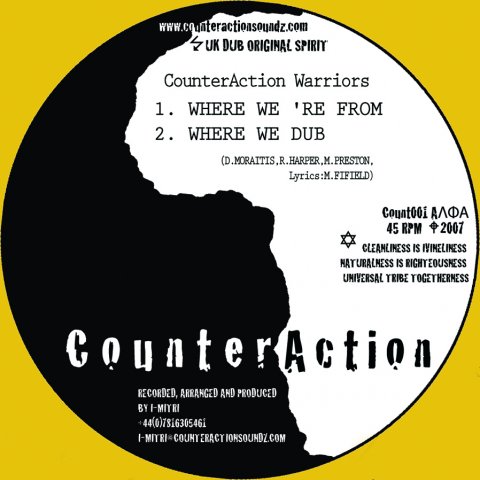 A SIDE
Counteraction Warriors feat. I-mitri:
Were We’re From + Were We Dub
AA SIDE
Jah Mystic:
All Tribes Together + All Tribes Dub.